in May 2018 I had the pleasure of taking decedents of the Albion family on an Out The Back Australia Cunnamulla Town and Industry Tour so became inspired to write this blog and share a little of the history I know along with some images. Alexander Albion was a building contractor for some years around the Drayton/Jondaryan district, and eventually the family moved to Cunnamulla. John was then about seventeen.

There Alexander Albion continued as a builder and one of his efforts was to build a wooden hospital in Cunnamulla which was the first hospital which was names South Warrego hospital. That building was located out in what was called bluebush.

The first matron was Mrs Whitacre and following is her picture. 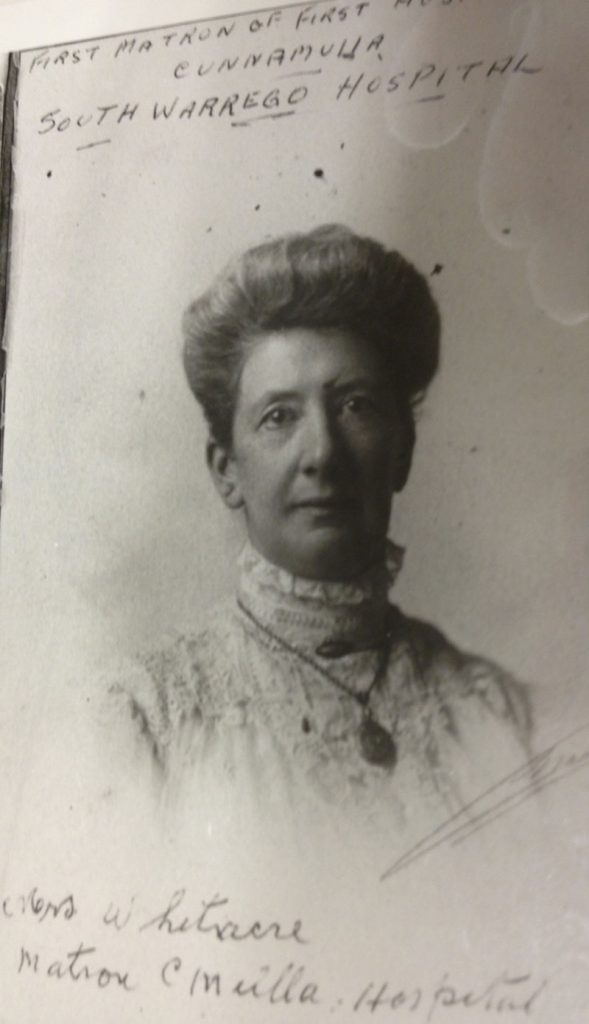 Part of the original hospital building was relocated into Cunnamulla when the second hospital was built. Part of the first hospital became a home eventually belonging to Doug and Gwen Locke and today is the home of Arnold & Barb Simpson. END_OF_DOCUMENT_TOKEN_TO_BE_REPLACED

The Burke and Mills expedition from Brisbane to Cu

Some lovely guests of Club Boutique from Brisbane

Creatures of the Outback! We have some incredible

We use cookies to ensure that we give you the best experience on our website. If you continue to use this site we will assume that you are happy with it.OkPrivacy policy