The Cunnamulla and District Diggers Race Club invite everyone to join them at The Cunnamulla Shire Hall from 6.30pm Tuesday 24 April for a Calcutta Evening.

Ticket are $10 per person includes nibbles, a bar is available and special guest horse racing superstar from Wyandra Peter Moody is expected to attract a great crowd of horse racing enthusiasts. Peter Moody was best know for his training of champion mare Black Caviar to 25 successive wins.

During his short racing career Peter rose to stardom training 2572 winners, 56 Group 1 winners, earning prize money of $115,4246, 286 which is a remarkable achievement for a boy from the bush who grew up in the small outback Queensland town of Wyandra.

In July 2017 Peter Moody released his autobiography, “A Long Way From Wyandra” written with Sydney journalist Trevor Marshallsea. Marshallsea then took a trip around some of Moody’s old stomping grounds with signed copies for sale which was a real hit with the locals of Cunnamulla, Wyandra and Charleville. For more information contact Cunnamulla and District Diggers Race Club.

Overnight Cunnamulla accommodation is available at Club Boutique Hotel and is located in the CBD just a two minute walk to where the Calcutta Evening will be held.

As they years have rolled on and the many return soldiers have faded from our community Cunnamulla Anzac Day has continued to grow in size as many locals and travellers converge on the old RSL site to commence the march for the dawn service which finds its way to the Memorial Fountain an magnificent tribute to returned service men and women in the centre of Cunnamulla. 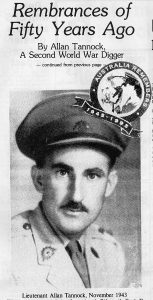 Mid morning the town gathers for another service where students from Cunnamulla State School, Sacred Heart Parish School and children from the local daycare and some of Cunnamulla Pony Club meet on the four way intersection of Stockyard and Louise Streets in from of the Club Boutique Hotel to again celebrate Cunnamulla Anzac Day. A highlight is always Wally Ramsay’s old army jeep who joins the procession of marching along Stockyard in Jane Street to the Memorial Fountain where another ceremony is held. 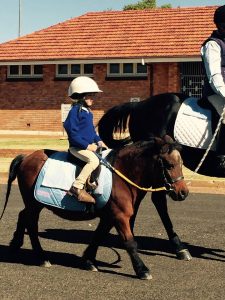 Keeping with tradition everyone is invited back to the Cunnamulla Bowls Club for a cold beer, a rum chaser and to get amongst the gambling circle and try your lick at two up, a traditional Australian game. Diggers throughout the ages have played two up and on Anzac Day most Aussies get involved and have a spin at clubs and pubs around the country.

A flat timber pale is held and two pennies are placed on it, the spinner has to throw the coins in the air in a spinning fashion trying to have them land ether heads or tails or odds and evens. Everyone can join in by betting on either heads or tales and it is a great way to win or loose your money while having loads of fun getting involved in some tradition to mark the day remembering those brave men and women who fought to give us the freedom we take for granted today.

It would not be Cunnamulla Anzac Day without the Cunnamulla and District Diggers Races which have been a feature of Cunnamulla Anzac Day program since time began. The five race program will cost a mere $15 for entry and you also get a race book. On course bookies and sky channel will be available as well as a bar and some great country catering.

Always a feature of Cunnamulla Anzac Day Races is the Fashions of the Field hosted by local fashionista Kirsty Schmidt of Schmidt Contracting.

For other great articles and historical images read our blog!